If you read Professor Jonathan Zittrain’s rebuttal on cloud computing to Bernard Golden at CIO.com today, you know that both agree that privacy is the No. 1 concern for cloud computing. Compliance officers have to worry about more than just privacy, of course, but protecting the private information of employees and customers alike is a crucial component of any enterprise-class security regimen. 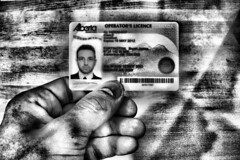 When it comes to the details, however, I was left with more questions than answers. I understand that as a lawyer and e-discovery expert, Baer is naturally risk-averse. Moreover, I recognize that he’s forgotten more about e-discovery and the law than I currently know as a journalist.

That said, Baer’s position on online privacy and the rights of the employer to access the online activity or posts of employees veers into more ambiguous territory. Baer writes that a “policy should also state prominently that employees have no expectation of privacy in anything they store or transmit using corporate IT resources or post on the Internet, and that the enterprise reserves the right to monitor all usage of IT resources and Internet postings without notice and does so periodically.”

I imagine most observers can agree that enterprises need to create a Web 2.0 usage policy that extends existing rules and reminds employees of established guidelines for electronic communications and expectations for online privacy. Such guidance is even more crucial in regulated environments, as explained in ″Compliance concerns dog enterprise 2.0 collaboration software.″

Baer acknowledges the privacy issue: “Monitoring employee Web 2.0 use and terminating or disciplining an employee based on that use can raise legal privacy issues if an enterprise’s Web 2.0 strategy is not well planned and administered.”

The bottom line, however, is that Baer’s advice to compliance officers would appear to extend far beyond IT compliance into something else that he appropriately calls “Big Brother”-like action. As Baer observes, “Some employers may not want to go this far, since policing what employees say outside of work may seem Orwellian and lead to image problems.”

Image problems may just be the tip of the iceberg. I’m left wondering what other e-discovery experts, attorneys, security experts and compliance officers think about online privacy in this context.

George Moraetes, an independent security consultant for Securityminders Inc. in Illinois, agreed via email with Baer that “employees should have no expectation of privacy in anything they store or transmit using corporate IT resources.”

Moraetes wrote “that is a correct assumption, most companies treat email the same way. Employees have separate accounts using own resources. The only way to assure privacy is to encrypt your transmissions, in addition to using aliases. Most users are not techies and lack sophistication. Many companies do not implement DLP and NAC systems, although this in itself will not stop it.”

“I demonstrated to the IRS a project back in 2004, the ability to leak information and not be caught. They told me they would catch anyone — or so they thought.

“In my demonstration to them, I advised that perimeter firewalls all must have ports 80 and 443 open bi-directionally. Otherwise, how would your staff and external users access resources? Obviously, when someone goes to Gmail or even Playboy their network captures and blocks them, reporting them to security — which is a serious offense. In saying that, I launched OpenVPN, communicating directly to my proxy/VPN server from Washington, D.C., to Chicago. I went anywhere that was prohibited and the internal traffic from their DLP systems could not detect or see me. There was nothing they could do about it. There are more ways to skin a cat to breach and leak out information, including Web 2.0 and using TweetDeck, email and the Web. Funneling encrypted traffic can bypass the majority of corporate systems.”

I’m writing an article about online privacy that will capture more viewpoints of other IT practitioners and e-discovery experts. If you have opinions about the use of social media on corporate systems and the online privacy expectations the surround them that you’d like to share, please comment here, @reply to @ITcompliance on Twitter or relate them directly to ahoward@techtarget.com with instructions on whether you’re willing to see them published.