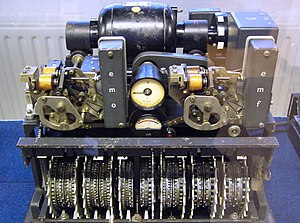 The proliferation of data security and privacy laws from state and federal agencies has created challenges and complexities for all entities that store and use data. One of the most controversial areas for these laws is whether or not they should specify data encryption as a requirement.

One viewpoint holds that data encryption is a fundamental protection and strengthens consumer protection and privacy. From this viewpoint, laws that fail to specify encryption are weak, overly slanted toward business’ interests and inadequately protective of consumers and individuals’ privacy rights.

The counterpoint to that view, held by others, is that:

“Encrypted” transformation of data through the use of a 128-bit or higher algorithmic process into a form in which there is a low probability of assigning meaning without use of a confidential process or key, unless further defined by regulation of the department of consumer affairs and business regulation.

However, this definition does not set forth any circumstances under which data must actually be encrypted. When detailed regulations were issued in the form of 201 CMR 17.00: Standards for The Protection of Personal Information of Residents of the Commonwealth, regulators further specified that:

Every person that owns, licenses, stores or maintains personal information about a resident of the Commonwealth and electronically stores or transmits such information shall include in its written, comprehensive information security program the establishment and maintenance of a security system covering its computers, including any wireless system, that, at a minimum, shall [include] the following elements: Encryption of all transmitted records and files containing personal information, including those in wireless environments, that will travel across public networks.

An amendment currently under consideration in the Massachusetts Senate, SB 173, would seem to reverse that:

The department shall not in its regulations, however, require covered persons to use a specific technology or technologies, or a specific method or methods for protecting personal information.

What do you think? Should data security and privacy laws specify data encryption?