This week, Apple chief Tim Cook said in a letter to the company’s customers that it won’t give in to the FBI’s demand to create an iPhone backdoor. Plus, the number of resolved FCPA enforcement cases reaches a 10-year low while the U.S. Justice Department intensifies foreign bribery efforts.

In a letter to Apple’s customers released Feb. 17, CEO Tim Cook said that the Federal Bureau of Investigation (FBI) has demanded that the company create a backdoor to its iPhones. A U.S. judge issued an order stating that Apple had to provide “reasonable technical assistance” to the FBI in order to help it unlock data from an iPhone that was used by one of the San Bernardino shooters.

According to Cook, this “assistance” involves creating a new, weaker version of iOS that bypass multiple important security safeguards. “In the wrong hands, this software — which does not exist today — would have the potential to unlock any iPhone in someone’s physical possession,” he said in the letter. Cook added that instead of asking Congress to pass legislation, the FBI is citing the All Writs Act of 1789 to propose an expansion of its authority. 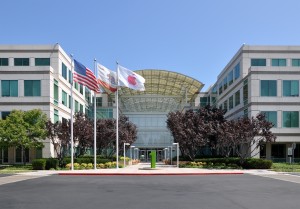 The creation of the backdoor would set back several years of security advancements and put Apple’s customers at greater risk of being hacked, Cook said. The U.S. Department of Justice did not waver in its stance, saying in a statement that it’s “unfortunate” that Apple continues to refuse to help obtain data from a terrorist’s phone.

The DoJ is ramping up its efforts to uncover foreign bribery crimes, beefing up the number of agents, prosecutors and accountants dedicated to increasing  the number of wiretaps and informants to deliver new bribery cases under the Foreign Corrupt Practices Act (FCPA). This bolstering of forces will be funded using billions of dollars seized from criminals.

The increase in resources comes after U.S. officials resolved a record-low number of 20 FCPA enforcement actions in 2015 — the lowest since 2006, according to a report from Miller & Chevalier. This drop can be attributed to the Justice Department pursuing bigger cases, such as the current probe into Wal-Mart Stores Inc., as well as not having sufficient resources to investigate all of the foreign bribery cases brought in over the last 10 years, according to George Khouzami, assistant special agent in charge of the FBI’s New York office.

Neel Kashkari, the new president of the Federal Reserve Bank of Minneapolis, said in his first public statement since taking over the position in January that the Dodd-Frank Act of 2010 “did not go far enough” in doing away with the problem of financial institutions that are “too big to fail” and would require government bailout in the event of a crisis.

Kashkari, a Republican who served under the Bush administration as Assistant Secretary of the Treasury for Financial Stability, advises legislators to seriously consider options including breaking up banks into smaller entities and “taxing leverage throughout the financial system” to mitigate systemic risks.

Presidential candidate Bernie Sanders supported Kashkari’s stance, while others defended Dodd-Frank in the wake of Kashkari’s speech. The Dodd-Frank defenders said that the law provided regulators with the power to break up firms if they lacked adequate plans for going through bankruptcy without taxpayer help or if they posed significant danger to the financial system.